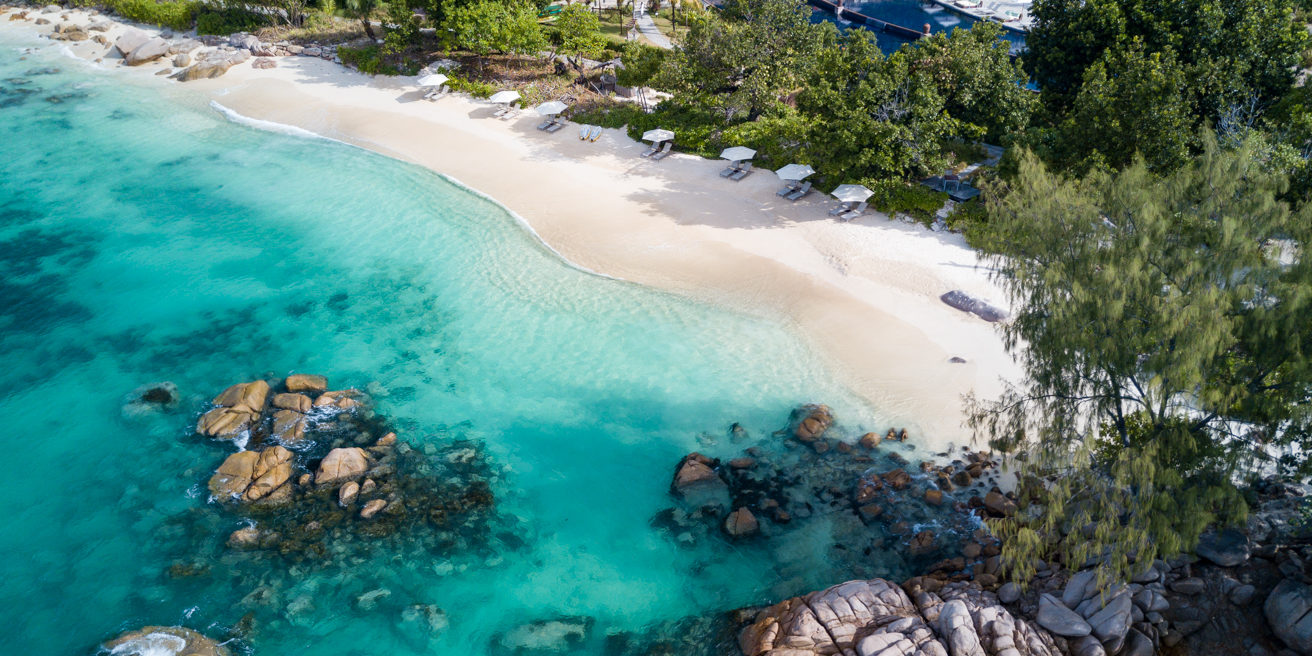 Raffles Praslin is located on the island of Praslin, the second largest granite island in the Seychelles. With a small population of over 7,000 people, the island is a heavenly paradise imbued with some of the most impressive and unspoiled natural beaches and tropical landscapes in the world.

The property offers 86 luxury and contemporary villas, thoughtfully spread across the sloping hills, overlooking the breathtaking views of the Indian Ocean and the island lush’s greenery. The luxury of space provided makes the villas the perfect haven for romantic getaways or family holidays.

Escape to the most photographed beach in the world – Anse Lazio is often described as a crescent-shaped moon of paradise. The beach is framed by lush vegetation, tall palms and indigenous Takamaka trees while dramatic granite formations provide a genuine sense of seclusion.

Must do: A private sundowner experience accompanied by cocktails, canapes and a private butler!

The island of Curieuse is home to almost 500 Aldabra giant tortoises and the perfect turtle nesting site. Easily accessible from Raffles, it is a short 10 minute taxi boat ride. It is also famous for its bare red earth mountains due to its red coloured soil. Due to it being a former Leper colony until 1956, the nature and ecosystem has been well protected for a hundred years.

Vallee De Mai, also known as the ‘Heart of Praslin’, is home to the Coco De Mer Nut where it grows in its natural state. Vallee De Mai was considered to be the actual Garden of Eden by early explorers who first discovered it. Furthermore, it is also home to world’s rarest birds, the Black Parrot.